I’m flying home to Virginia at an altitude of 10,000 feet and climbing. As my eyes drink in the sight of the gorgeous desert mountain below, I feel I want never to forget what I am seeing. I silently whisper, Good bye, Las Vegas. I don’t think I’ll ever be back, now that Norma is gone. I let profound sadness briefly embrace me as I think of her life, of her love of the outdoor world, rich knowledge of geology, and much more. And then I accept, with regret as always, that there’s a time to say hello and a time to say good-bye.

I think of the Glioblastoma Support Group Norma had joined two years earlier. I’d felt so privileged to go with her. There was Todd, who’d founded the group after his own diagnosis, Norma, Betty, and several others with whom I’d become deeply connected. They became each other’s lifelines: sharing their experiences, what treatment had helped, what hadn’t, and what experimental treatment they were trying out for the brain cancer for which there presently remains no cure. They are all gone now, two years later, despite their valiant efforts and courage. Every one of them, gone. I think of each dear face, each story, each supporting family member by their sides and I am so thankful I knew them all. Good bye, dear ones.

I’ve just spent the past week with Norma’s sister, Linda, at Norma’s desert home in Las Vegas’ outskirts, where the amazing lights of the Vegas strip were in view yet far enough away to not impede the rich solitude of her home, overlooked by beautiful Lonesome Mountain. There she had created a unique landscape on her property that reflected her love of the natural world and the unusual plants and rocks it offered as gifts.

The night I arrived, I stepped outside alone into the dark night onto the pool patio. The desert breeze blew sturdily and I found myself centered in a rush of wind that caused Norma’s huge lavender plants and grasses and flowers to bend, to reach out and touch me. Surround me. Reminding me that while she traveled the world, home was here. As I stood, open to anything else the night would bring, these words silently arrive: I am still here… This place will always be part of me… Remember me….

I think back to two years when I stayed with Norma for several weeks after her initial surgery. Chemo. Radiation. Her glioblastoma support group. Losing her hair. Falling down. Working to regain the use of her right arm again and strengthen her legs. Loss of appetite. Losing weight. Struggling to create food that appealed to her compromised body. Our shared time was often intense, yet we had some moments of deep, rich conversation.

One night shortly after I’d arrived, I asked, “Norma, what’s on your bucket list that I can help you do while I’m here?”

She didn’t hesitate. “I want to finish my book.” She paused, looked into the distance, then said, as she swung her arm in an arc to encompass the world inside her home, “I’ll be at peace with letting go of this life.” My first thought was that I couldn’t accept her feeling of being okay about letting go, until I took time later to think deeply about Norma’s present life. This woman who had climbed and studied mountain ranges all over the world could now not leave home without a wheelchair. There was no cure for glioblastoma. If she elected repeated surgeries, her risk was very high that her brain and cognitive skills would become impaired. In fact, I came to see 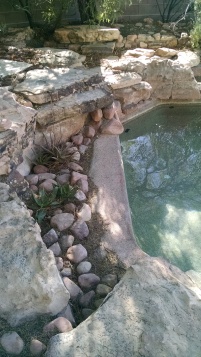 that glioblastoma would steal her life twice: first, by removing her completely from the life she’d loved so passionately, and later it would take the life breath from her body.

Following each morning’s ablutions, we sat at the dining room table at the computer and worked until lunch. After lunch we resumed until she took an hour nap. I saw how her energy increased by having set this goal. I also mourned how difficult it was for her to find, gather, and organize the material she needed on her Mac. Already she had sustained brain impairment. Later, when the cancer stepped out of remission and began to creep around her brain again—the best brain in the family, in my opinion—her oncologist pressed for a second surgery. Norma debated at length and then declined surgery so as not to risk further cognitive harm. Her primary reason for living was her book.

We worked as much as we could, with painfully slowness, each day until I returned home, not wanting to be utterly depleted and feeling I’d lost my life as I became her caretaker, yet it was my truth. We talked by phone then, not often enough, but doing our best. Sometimes she was sharp and talked as she always had, with wit and intelligence, while other times I could not understand her.

Our most memorable conversation for me was one when I asked a question I’d been wondering about. “Norma, do you remember what you told me about wanting to complete your book, and then you’d be at peace with dying?”

“No,” she replied, a puzzled tone in her voice. Perhaps confusion or unhappiness because she could not remember or something else I couldn’t identify.

The conversation passed into memory. Until I talked with her sister, Linda, a few days after Norma died. After I expressed my condolences, I said, “Linda, I have to ask. Did Norma get the book finished?”

“The final draft arrived the day before she died, but she was in a coma then so she didn’t get to see it. But, yes, it’s done.”

I will never forget Linda’s words. Each time I think of them, I’m profoundly reminded of how powerful are our intentions. Powerful enough for a woman with a horrific brain cancer to achieve her heart’s desire. 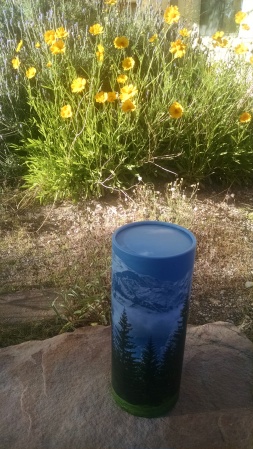 Norma wished her ashes to be spread in four of her favorite locations: among her favorite plants, trees, and places at her home, moments I shared as Linda caringly performed as I tenderly witnessed; high on a Nevada mountain, which her local hiking friends will do; on another mountain on a different continent, which other hiking friends will carry out; and on the small dairy farm in Cherry Valley, NY, where she and Linda grew up, which Linda will do. I’d like to go with her, if I can.

So, the sandy desert mountains are behind me now, probably forever. In my heart, though, I know Norma is at peace and I am, as well.

Mary Jo Doig was the first in her family to attend college and graduated from the State University at Oneonta in New York’s Catskill Mountains with a degree in Secondary English Education/Educational Psychology. There she fell in love with rural life, remained, and eventually transitioned from city girl to country woman when she married a dairy farmer and raised their three children on their small family farm. A life-long lover of reading and writing, Mary Jo has for nearly twenty years been a member of the Story Circle Network. There she has been an editor, a women’s writing circle facilitator, a book reviewer, and life-writing enthusiast, working extensively with women writing their life-stories while writing her own memoir. Presently, she is a three-time Program Chair for SCNs national Stories from the Heart conference and a board member. She also facilitates Older Women’s Legacy workshops and a women’s life-writing circle in her area communities. Her stories have appeared in Kitchen Table Stories anthology, Story Circle Annual Anthologies, and most recently her story “I Can’t Breathe” was published in the Anthology, Inside and Out: Women’s Truths, Women’s Stories. Her work also appears in varied blogs and periodicals, on her blog Musings from a Patchwork Quilt Life (https://maryjod.wordpress.com), Facebook, and Twitter. Her son and two daughters grown, Mary Jo presently treasures her country life in Virginia’s Central Shenandoah Valley. She loves cooking (and eating!) healthy food, reading, writing, quilting, hiking, and spending quality time with her rescue cats, Button and Xena, and beagle, Addie, who each dream of being only children. Her first book, Patchwork: A Memoir of Love and Loss, will be published in October, 2018 by She Writes Press.
View all posts by Mary Jo Doig →
This entry was posted in Aging, Family, Glioblastoma, Grace, Health, Mother Nature, Mystery. Bookmark the permalink.